Get the latest news and industry insights from Micron Products delivered straight to your inbox.

Cleanroom Molding: What You Need To Know Before Manufacturing 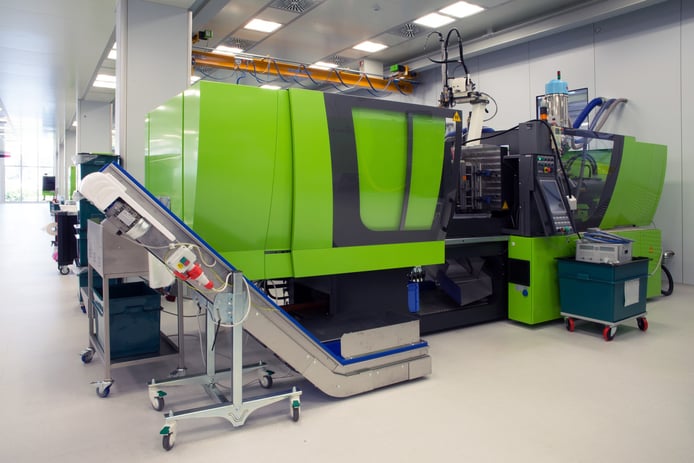 If you need to manufacture a plastic part that must remain as clean as possible—like an implantable medical device—you'll need to have your part made in a cleanroom environment.

Cleanroom molding is the process of creating plastic parts in a special room optimized to reduce the risk of contamination by dust or other particles. The medical, pharmaceutical, aerospace, military, and biotech industries frequently require parts to be created in a cleanroom environment.

As you search for a partner in the cleanroom molding space, you’ll need to know the difference between a Class 7 and Class 8 Cleanroom, as well as a few cleanroom molding requirements and considerations, to help you make your choice.

There are nine different types, or “classes,” of cleanrooms, with Class 1 being the most sterile, and Class 9 being the least sterile. A large majority of plastic injection molding in a cleanroom environment takes place in either a Class 7 or a Class 8 Cleanroom. If your plastic part has a very low tolerance for foreign object debris—for example, a lens used in a thermal imaging weapon scope—you might require a more sterile cleanroom environment.

A Class 7 Cleanroom is an enclosed injection molding area separated from the rest of the shop floor by hard walls. The air is constantly being replaced, cleaned, and metered to keep particulates in line with the ISO 14644-1 standard:

The Class 7 Cleanroom is examined and calibrated regularly (either annually or biannually, depending on the facility) by a third party agency to keep its grade.

There are a number of differences between a typical plastic injection molding floor and a cleanroom molding environment:

1. Do they have the cleanroom class you need?

It's common for plastic injection molding companies to have Class 8 Cleanroom capabilities, but Class 7—which is less common—is the standard you'll need for any implantable devices.

2. Can they mold, assemble, and package your product in a cleanroom environment?

Look for a partner who can mold, assemble, and package your product in a cleanroom environment. Not only does this ensure your part stays clean, it also frees up your time to focus on marketing, distribution, or other areas.

3. Can they keep tight part tolerances while doing cleanroom molding?

Just because an injection molding company has cleanroom capabilities doesn't mean they have a solid track record of molding difficult part tolerances. Here at Micron, we build our tools in-house and have perfected the ability to build tools using engineered resins (and other difficult materials) that hold tight tolerances. This expertise goes a long way in ensuring that every part created is high in quality, not just clean.

Fill out the form below or contact us and a member of our team will be in touch shortly to answer your questions.